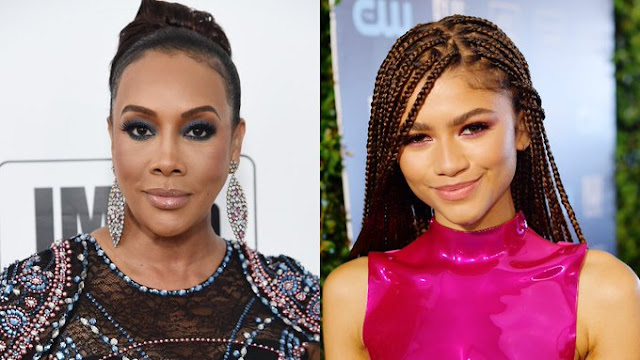 In a recent interview with NME, Vivica A. Fox revealed her hopes for a third edition of the “Kill Bill” franchise and knows exactly who she wants to be its star: Zendaya. ... “The star will be Vernita Green's [Fox's] daughter, Nikki,” Tarantino told Entertainment Weekly in a 2004 interview.

Fox appeared in both of Quentin Tarantino's movies as Vernita Green - a member of the Deadly Viper Assassination Squad. There's been plenty of talk about Kill Bill: Vol. 3 over the years, with Fox being one of those who's championed the idea of Green's daughter (Nikki) going on a mission of vengeance against Uma Thurman's Beatrix Kiddo, AKA "The Bride."

Speaking to NME, Fox doubled down on the idea of Nikki taking vengeance for her mother's death but also threw Zendaya's name into the mix. When discussing the idea of the threequel, Fox explained, "I haven’t got any official word [on ‘Kill Bill Vol. 3]. I had a feeling that hopefully [Tarantino] was waiting on the actress who plays my daughter to grow up a little bit. But then I was doing an interview and they asked, 'What young actress would you get to play your daughter?' and I was like, 'No, Ambrosia!,' but they meant an established actress. So I went, 'Zendaya!'"

Despite Kill Bill: Vol. 2 hitting theaters in 2004, Tarantino toyed with the idea of waiting for actor Ambrosia Kelley to grow up by at least 10 years and then return to round off a trilogy. As well as the Green family getting their revenge, the director also imagined a scenario where Julie Dreyfus' Sofie Fatale would've trained Nikki in her own Bill-inspired role. However, 2014 came and went, and Kill Bill: Vol. 3 has yet to get the green light.

Zendaya is a star on the rise thanks to the success of her roles as Rue Bennett in Euphoria, MJ in the Marvel Cinematic Universe and an upcoming part in Dune. While Tarantino's intention was to have Kelley play Nikki again, her last screen credit was in 2012 for the TV series How to Rock. Ronda Rousey previously put herself forward to play an adult version of Beatrix's daughter, but as it stands, Kill Bill: Vol. 3 is just a pipe dream of fans and the likes of Fox.